At a recent retreat I was at, the topic of forgiveness was discussed and various aspects of it. As I pondered more on what I heard and learned there I began to wonder what would true forgiveness look like? How could we recognize it. Is it simply a matter of saying "I'm sorry, please forgive me" and then forget about it or is there more too it? The following are some of my initial thoughts on this.

What Does It Mean To Forgive?

After our recent meeting a friend of mine and I had a discussion on hell and whether or not it was a place of eternal suffering without end. Many of our Evangelical brothers would believe that it is a place of eternal suffering. However other Christians would say that all who are cast into hell will be consumed and cease to exist. Still others would insist that hell is a purifying process after which a person going through it would then be made pure to enter heaven. They would believe that in the end all men will be saved. So who is right? What does the Bible actually teach? The following is a study I have put together on the subject after prayer, research, thinking, and meditating.

The first place where we encounter the idea of hell is in the Old Testament. It is called Sheol and is mentioned over 60 times. However it was not seen as a place of punishment. Instead it was seen as the common grave of all mankind. It didn't matter whether you were rich, poor, good, evil, master or slave you still went to Sheol. Job speaks of this idea when he says 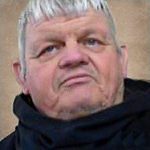 Brother Lawrence DamienÂ  Cos (Community of Solitude) was born in Maine in 1948, started teaching/preaching in 1966, and was ordained to the ministry in 1970.

I was raised in the Congregational faith and later became Church of Christ, then Pentecostal, then Episcopal then Independent Catholic. which I still am today.

I was educated at Melodyland School of the Bible 1968-1970 AnaheimÂ  California , San Jose Bible college one semester in 1972, and then Bethesda Bible College in San Jacinto, CA from 1999-2002. Also spent a year in 2003 at St. Michael Seminary in San Clemente California

I have served as Bible Teacher, Deacon, Elder and Pastor.

In recent days there has been much discussion on what it means to be "Born Again".

Some would say it just a confession of faith and giving ones heart to the Lord. Others would insist that one must be baptized, speak in tongues, dress a certain way, subscribe to a certain doctrine, or belong to a particular church/denomination if they wish to be saved.

In the following I will try and explain what I believe the Bible teaches and what would be its answer on being born again.

When it comes to eunuchs many of us have been taught that it refers to a castrated male i.e. one who has had his testicles cut off. However I believe, scripturally speaking, that is only one of the definitions for a eunuch. The scriptures give three different types of eunuchs, as taught by Jesus.

Some right now might consider me a heretic and want to stone me for even asking such a question. However there are those within the gay community who would insist they were (lovers), and this can be proven from the Bible. So who's right?

There are only five scriptures that speak of any special love between Jesus and the Apostle John. They are as follows:

"Now there was leaning on Jesus' bosom one of His disciples, whom Jesus loved." (John 13:23 NKJV)

"When Jesus therefore saw His mother, and the disciple whom He loved standing by, He said to His mother, 'Woman, behold your son!'" (John 19:26)

I have no intention of either defending or endorsing, or condemning the practice. However there are principles within these activities, which are applicable to our lives as servants/slaves of God. I would like to look at those principles to see what we can glean from them in our walk with God, and becoming more Christ-like.

In the Bible there are two types of slavery mentioned.

Search The Bible By Word Or Phrase

To Search Members Go To DATING